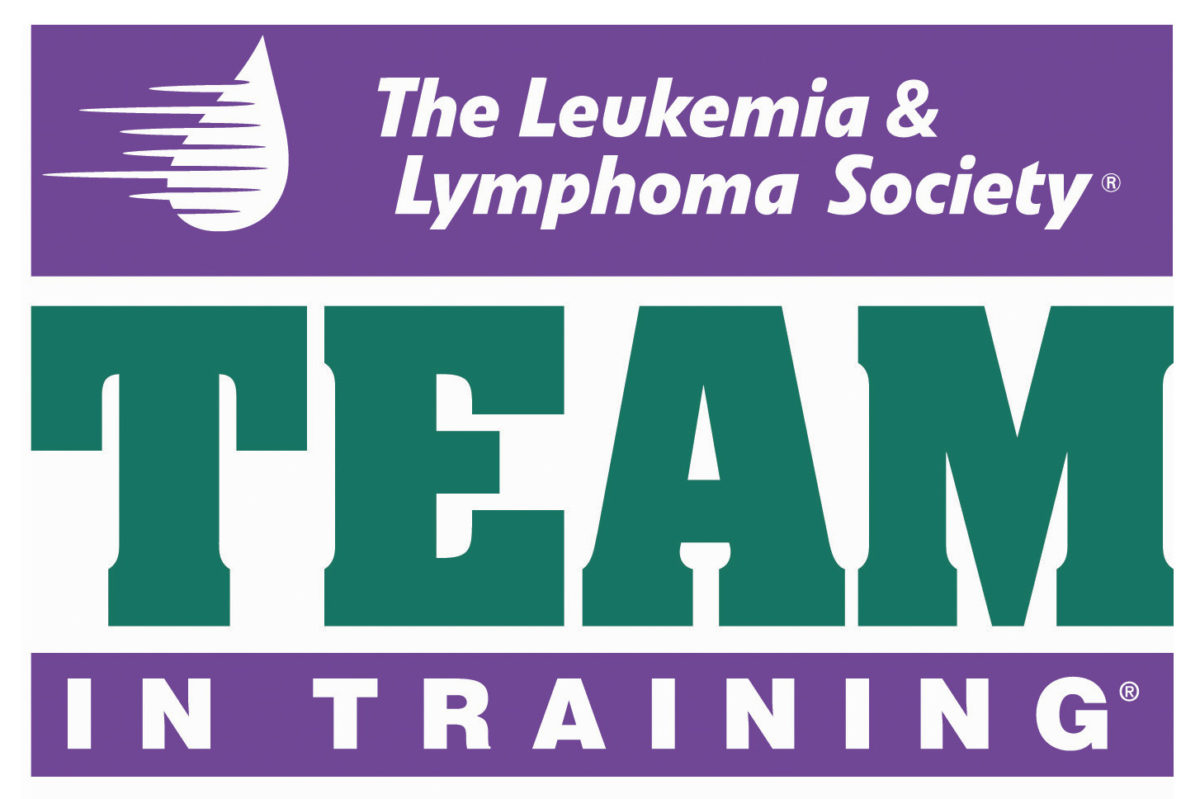 We are delighted to announce our support for the Leukemia and Lymphoma Society’s Team in Training. Print this flyer, bring it into the tasting room, and we will donate ten-percent of the proceeds from your order to the charity that works to fight blood cancers and support patients.

You can read more about why we decided to support this effort below.

The words hit Caitlyn Noyes like a tidal wave. “Your mother has Acute Myeloid Leukemia,” a doctor told her. Through sobs and sniffles, Noyes shared her mother’s story with the hope that it will help someone else.

Doctors diagnosed Anne Noyes with Leukemia on May 1, 2015. Caitlyn recalled, “I got in like fight or flight mode. I was just like OK, what do we have to do?” Caitlyn remembers Anne as a devoted stay-at-home mother. “She basically lived to take care of her kids,” she said.

Battling Cancer as a Family

After the diagnosis, roles reversed and the grown children cared for their mother. Caitlyn and her siblings, Lauren Hanna and James Noyes, took care of medical needs and chauffeured her to and from appointments in Philadelphia.

Anne had a brief period of remission. “She was so strong. You would never know that she was upset about it. She was very optimistic. She kept saying she was going to beat it. Never once did she show any fear,” recalled Caitlyn.

However, the cancer returned. Anne died in February, ten months after her initial diagnosis. She was 58 years old. “The loss has left a hole in my heart so big that I can’t even describe it’s size,” mourned Caitlyn. 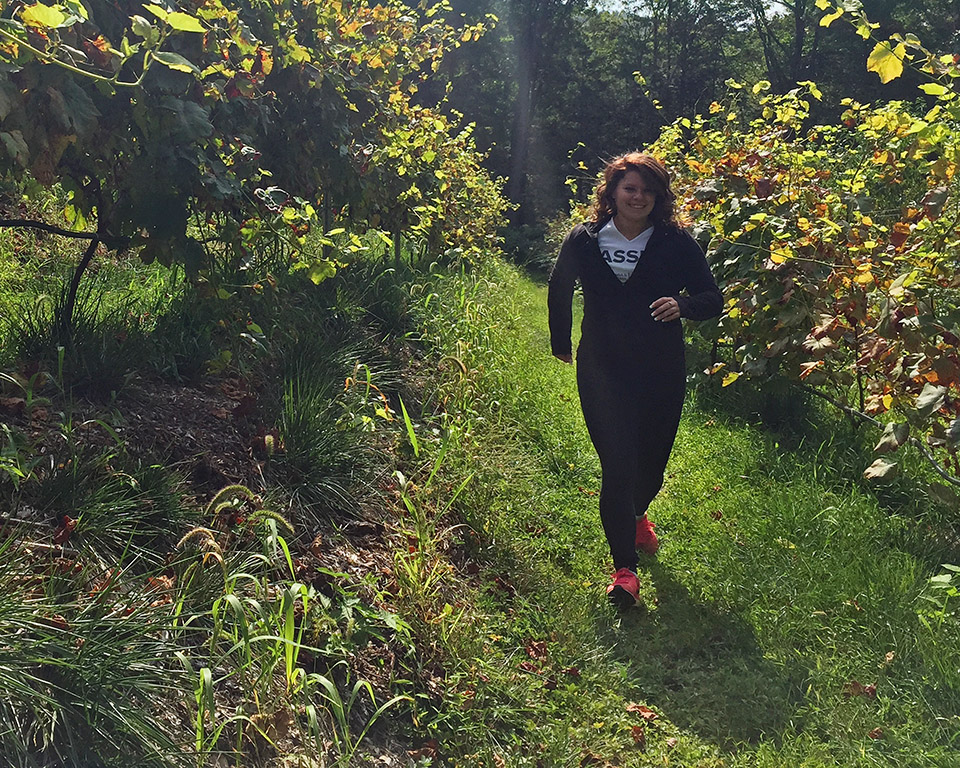 She found she had to push through her grief one step at a time, literally. Running became a coping mechanism. Her boss, Dr. Kim Filipkowski, a Chiropractor at Mountain Valley Orthopedics, ran with her.

Filipkowski has also been impacted by cancer. Filipkowski’s best friend had Lymphoma. “I felt powerless,” she said. “I wanted to do something.” In 2014, she ran the New Orleans Marathon to raise money for the Leukemia and Lymphoma Society’s Team in Training in honor of that friend. 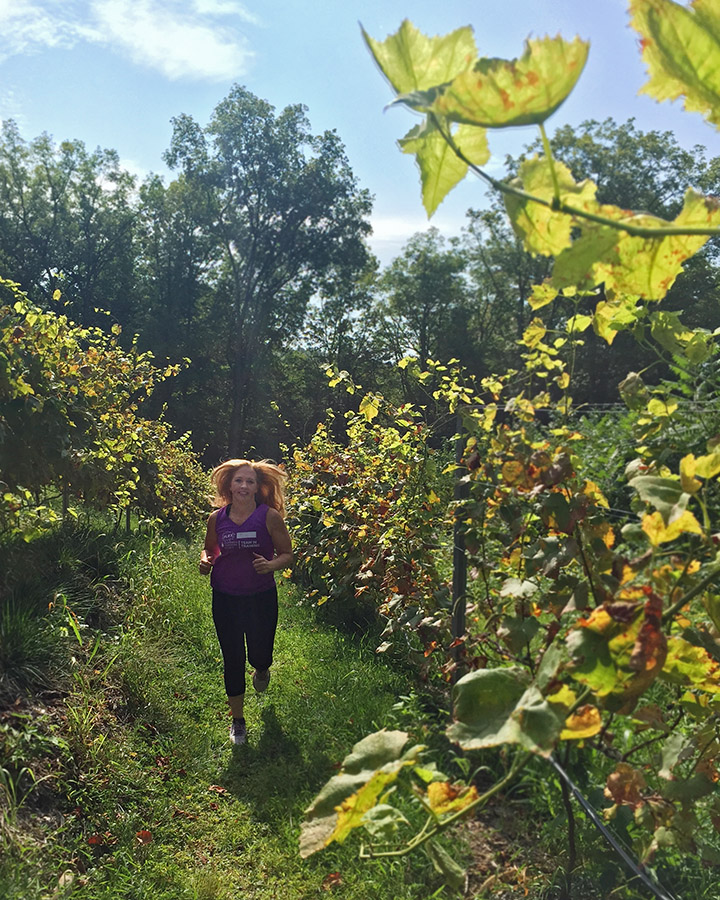 Now, Caitlyn and Filipkowski are planning to run a marathon together. They will run the Philadelphia Marathon on November 20 to support The Leukemia and Lymphoma Society’s Team in Training. “My mom would be so proud of us,” said Caitlyn. This will be Filipkowski’s third Team in Training event. It will be Caitlyn’s first. 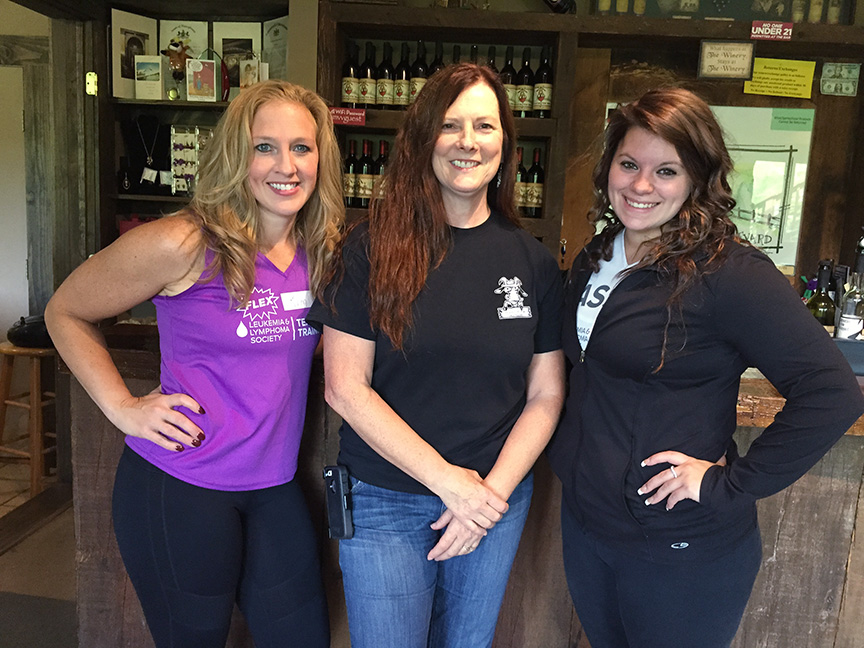 Above: Dr. Kim Filipkowski, Linda Rice, and Caitlyn Noise in the tasting room

We Decided to Help

Everyone knows someone who has been impacted by cancer. When Dr. Filipkowski asked us to help out, we jumped at the chance. We know that the money is going to such an important cause.

A Long Way to Go

The Philadelphia Marathon’s finish line will not be the end of their race. For Caitlyn and Kim, the real finish line won’t be crossed until there is a cure for Leukemia and Lymphoma. “Certainly when you do an event like this and you know that there is a greater purpose behind the effort, it means so much more,” said Filipkowski.